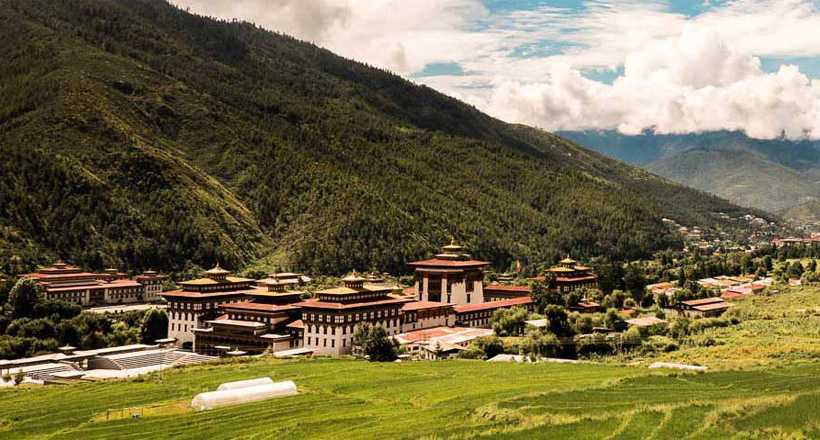 Thimphu: Where the theme of Bhutan is showcased

Situated in the Western Central part of Bhutan, Thimphu or Thimphu is the largest city and the national capital, which delights visitors with its picturesque natural setting. Spread from North to South on the western bank of a valley formed by the Raidak or Wang Chu river, Thimphu is stunningly beautiful and photogenic. One's trip to Bhutan remains thoroughly incomplete without stepping a foot at Thimphu. The beautiful valley city is the theme if you consider your trip to Bhutan a musical journey.

Thimphu is a conglomeration of a number of stunning hamlets spread over a beautiful valley. The hamlets are Motithang, Changangkha, Taba, Langchupakha, and Changlimithang and there is endless scope for Nature exploration in these regions. Trekking on the rocky terrains and mountain trails and valleys are the biggest attractions in Thimphu. There are diverse trekking routes that adventurers head to from Thimphu and enjoy memorable journeys on feet.

Changangkha Lhakhang is among the most important religious structures in Thimphu. The structure dates back to the 15th century and is one of the oldest in the region. The structure is dedicated to Avalokiteshvara, the sign of compassion. You will also enjoy the grand view of Thimphu valley from here.

The National Memorial Chorten or Thimphu Chorten is a site for evening prayer. The chorten or stupa was built in the memory of the third king. On the top of Kuensel Phodrang hill sits the statue of Sakyamuni Buddha. The 51.5-meter long bronze statue would surely attract you and the uninterrupted view of the valley would leave you spellbound. The site is also known as Buddha View Point.buddha-point Thimphu also introduces visitors with the culture and heritage of Bhutan.

The Royal Textile Museum at Norzin Lam is a site where you will get introduced to Bhutanese textiles, some of which date back to the 1600s.

Trashi Chhoe Dzong or the Fortress of the Glorious Region is another 'must visit'' site. Situated on the west bank of Wang Chhu river, Trashi Chhoe Dzong is the formal coronation site of the fifth King. The Dzong also hosts the annual Tsechu festival.

The National Library has got a fabulous collection of Buddhist manuscripts that are priceless. It also houses the Institute for Zong Chusum (painting school).

Takin Preserveat Matithang is the home to Takin, the national animal of Bhutan. Takin is a cross between goat and cow and according to legend, it was created by Buddhist yogi Drupa Kunley.