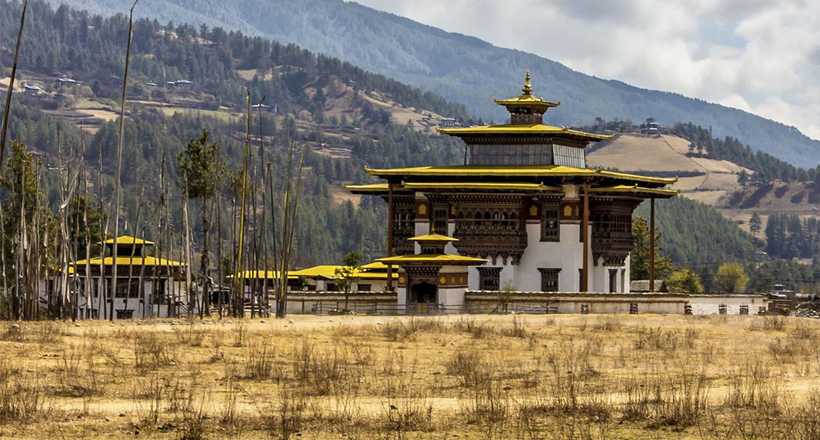 When it comes to a family trip, one should try to ensure enjoyment for members of all age groups. To be more precise, the destination you choose for your vacation should offer a complete package of every feature that will satisfy the diverse likings of members of your family, belonging to different age groups. The senior members are unlikely to vote for trekking and recreational activities since their decaying physique will not permit much strain. Instead, they would appreciate trips to places that are popular as pilgrim sites and have spiritual importance. Bhutan, the ancient Buddhist kingdom in the eastern part of the globe is a fascinating holiday destination for its breathtaking scenic beauty, rivers, mountains, valleys, and historic sites. Situated right at the heart of this landlocked Buddhist nation, Bumthang is a place where the aged members of your family will have a great time.

Bumthang is one of the 20 districts (dzongkhag in Bhutanese) districts of the country and is certainly most historic, as far as ancient religious sites are concerned. Spread over a vast area, comprising four picturesque valleys-Ura, Chumey, Choekhor and Tang, the district of Bumthang is termed as the valley of beautiful girls by the local people. Bumthang or the Jakar Valley is situated at an altitude of around 14,800 feet and is recognized as the biggest spiritual region of the country. The root of spiritualism has gone deep inside the soil of Bumthang since this is the place where Guru Rinpoche, the preacher of Buddhism in Bhutan, cured a local king as a result of which the king and the whole region embraced Buddhism as their religion. This vast valley is also the home to one of the greatest Buddhist teachers, Pema Linga. Descendants of Pema Linga are still inhabitants of Bumthang.

So, as you must have guessed already, Bumthang is ornamented with lots of temples and monasteries that speak about the spiritual height that the region had attained in the past. Some of the prime spots in the region that you cannot give a miss are Jambay Lhakhang, Kurje Lhakhang, Tamshing Lhakhang, Konchogsum Lhakhang, Jakar Dzong, and the Tangi Goemba. While the 7th-century Jambay monastery was built to keep evil spirits away from the valley, Kurje Lhakhang is important as it is the place where Guru Rinpoche had once meditated. Located on the bank of a river across the Kurje Lhakhang, Tamshing Lhakhang was built by Pema Linga. Apart from its spiritual importance, this monastery is known for its excellent collection of ancient religious paintings. There are several other monasteries scattered across the picturesque valley of Bumthang and every site has got its own history to enlighten tourists, who take interest in spiritualism.

Situated at a walking distance of half an hour from Kurje Lhakhang, the Tangi Goemba is another big attraction of Bumthang. Built-in 1470 by Shamar Rinpoche, this monastery or temple complex houses two sanctuaries and a separate temple, which is home to terrifying deities. The ground floor of the goemba houses statues depicting different ages of Lord Buddha, while the upper floor is more interesting since you can see Guru Rinpoche's painting of heaven. Other than these, breathtaking views of Mt Gangkhar Puensum from Ura la pass, Tang Chhu or lake and Ugyenchholing Palace at the Tang Valley are places that are likely to provide peace to senior members of your family.