On the way visit PINNAWELA ELEPHANT ORPHANAGE - Pinnawela Elephant Orphanage - set amongst the verdant hills of Kegalle is a unique orphanage, where the tiny tots weigh 60 kg or more. This is the Pinnewela Elephant Orphanage, the world's first and only elephant orphanage established to feed, nurse and house young elephants lost or abandoned by their mothers. Other occupants are elephants displaced from their natural environs by development projects or those found wounded. Visitors could see the baby elephants being fed milk from gigantic feeding bottles or bathed in the river which flows nearby - an unforgettable sight! Established in 1975, by the Wildlife Department and National Zoological gardens which subsequently led to a breeding programme through which more than twenty five elephants have been born since 1984. Proceed to Kandy. Evening at relax, Dinner and overnight stay at Kandy.

Breakfast at the hotel. City tour of Kandy including visits to the Temple of the Tooth Relic, Market Square and Upper Lake Drive.
DALADA MALIGAWA or the Temple of the sacred Tooth Relic in Kandy is the most venerated place of worship for Buddhists throughout the world. Built in the 16th century this temple houses the sacred Tooth Relic of the Buddha brought to Sri Lanka from the Kalinga province in ancient India in the 4th century AD. Several buildings have been added to the temple complex by successive rulers, the latest being the Golden Canopy over the inner shrine where the Tooth Relic is placed. Originally the Temple was within the King's palace complex as it was the symbol of Royal Authority. Proceed to Nuwara Eliya. On the way visit ROYAL BOTANICAL GARDENS.
ROYAL BOTANICAL GARDENS - at Peradeniya (109 km. from Colombo) near Kandy was laid out in 1821 by the British colonial rulers. Prior to that it was the Royal Pleasure Garden of the Kandyan Kings. It is located in a beautiful setting with the longest river of Sri Lanka, Mahaveli bordering on one side. This attractively laid out garden displays many varieties of floral and green plants. Special features are the Orchid House which displays a fine collection of Sri Lankan orchids, the fernery, spice garden, and the trees planted by distinguished visitors to the Island. Evening witness a cultural dance performance at Kandy Dinner and overnight stay at Kandy

Breakfast at the hotel Proceed to Nuwara Eliya On the way stop at Ramboda and visit Sri Bhaktha Hanuman Temple and Ramboda Falls Ramboda the Ramboda area is believed to be an area where Rama's forces were gathered against Ravana. RamPadai means Rama's Force. The hills of Ramboda are also believed where Hanuman was searching for Sitadevi. The Chinmaya mission of Sri Lanka has built an Anjaneyar temple with Hanuman as the presiding deity. This temple is called Sri Baktha Hanuman temple and the image of lord Hanuman here is 16 Feet tall. The service time at the Sri Baktha Hanuman Temple is between 7:00 am to 12:00 noon and again 3:30 to 6:30 p.m Transfer to Nuwaraeliya. Nuwara Eliya is nicknamed "Little England" because It was established by the British in the 1840s as a as a base for the colonialists and still retains some of the British quirks, like the famous red post box. Evening visit around Gregory lake. Gregory Lake was build under the period of British Governor Sir William Gregory in 1873. This is the most prominent attraction in Nuwara Eliya and all the vistors used to come here and spent some time by the lake and relax. This was used as a place for water sports and for re-recreational activities during the British time. Dinner and overnight stay at Nuwara Eliya

AAfter breakfast at hotel proceed to Yala On the way stop near the Ravana Falls the Ravana Falls is a popular sightseeing attraction in Sri Lanka. It currently ranks as one of the widest falls in the country. This waterfall measures approximately 25 m (82 ft) in high and cascade from an oval-shaped concave rock outcrop. During the local wet season, the waterfall turns into what is said to resemble an area flower with withering petals. But this is not the case in the dry season, where the flow of water reduces dramatically. Evening proceed to Yala. Dinner and overnight stay at Yala / Tissamaharama

Early morning depart to the Safari in Yala National Park Also known as Ruhuna is an important national park on the south east coast of Sri Lanka. The reserve covers 979 kmÂ², although only the original 141 kmÂ² are open to the public. Much of the reserve is parkland, but it also contains jungle, beaches, freshwater lakes and rivers and scrubland. The latter zone is punctuated with enormous rocky outcrops. The range of habitats gives rise to a good range of wildlife. Yala has the world's highest concentration of Leopards, although seeing this largely nocturnal carnivore still requires some luck. There are good numbers of Asian Elephants, crocodile, Wild Boar, Water Buffalo and Grey langurs amongst other large animals. The open parkland attracts birds of prey such as White-bellied Sea Eagle and the wetlands have waders, Painted Storks, and the rare Black-necked Stork. Evening proceed to Bentota On the way city tour at Galle

The Port of Galle - Sri Lanka's 04th biggest town is 115 km south of Colombo and close to Hikkaduwa. Galle is a town rich in history and in fact, was the centre of Dutch rule in the 17th century. The majestic Galle Fort bear sample testimony to that fact. The City of Galle is one of the best-preserved colonial-era cities in Southeast Asia, and has been declared a World Heritage City. Galle was a major port in Sri Lanka and still handles shipping and cruising yachts.

Optional: The Dutch Museum, Groote Kerk (Great Church) and the National Maritime Museum are some of the famous tourist attractions in Galle. The city is also famous for its delicate handmade lace and ebony carvings. The Galle International Cricket Stadium has also contributed to enhance the image of the city as a sports destination since of late. Reach to Bentota, Dinner and overnight stay at Bentota

Breakfast at the hotel. Visit Kosgoda Turtle Hatchery The Turtle Care Centre at Kosgoda beach is one of 18 turtle hatcheries along the southern coast of Sri Lanka. The centre is located in the South Western coastal village of Kosgoda and was established in 1981. It is also very popular as all five species of turtles that visit Sri Lanka nest in Kosgoda. This is not so with many of the other hatcheries around the island whose beaches host only some of the species.
The centre functions mainly as a hatchery and makes huge efforts to increase the rate of hatching, and survival of baby turtles in their very initial stages. However the Care centre also works on sick or injured adults; treating them and releasing them back into the ocean. They also run volunteer programs and awareness programs for local and international visitors.
After we leave for Balapitiya and proceed by boats on the Madu-Ganga river. Here you could see the villagers taking part in their day to day activities , the river, its islands. In this beautiful trip you will be able to see riverside, tropical birds, crocodiles, black monkeys, Cormoranes, Pelicans, Large Iguanas and water Monitors. The fisherman, the peculiar boats and net fishing of jumbo prawns. Optional : Relax with fish therapy. After proceed to Colombo, Dinner and overnight stay at Colombo.

Breakfast at the hotel. Leave for city tour at Colombo Colombo was probably known to Roman, Arab, and Chinese traders more than 2,000 years ago. Muslims settled there in the 8th century and controlled much of the trade between Sinhalese kingdoms and the outside world. The Portuguese arrived in the 16th century and built a fort to protect their spice trade. The Dutch captured the city in the 17th century. The British made the city the capital of their crown colony of Ceylon in 1802 Sightseeing highlights include the Colombo National and Dutch period museums, old and new parliament houses, Gangarama Buddhist Temple, Town Hall, and the Bandaranaike Memorial International Conference Hall. Apart from excellent shopping, Colombo offers visits to one of the world's leading tea auctions, an 18 hole Golf Course, seasonal Buddhist and Hindu pageants, international cricket tournaments, plush casinos, enjoyable evening entertainment and excellent restaurants. State-of-the-Art communications and Cyber services are available in the hotels and other outlets. This is the last day of your Colombo trip; Clients proceed to the Colombo International Airport from where you can board the flight for your onward destination. 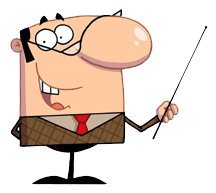 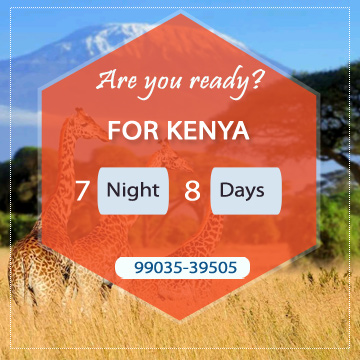