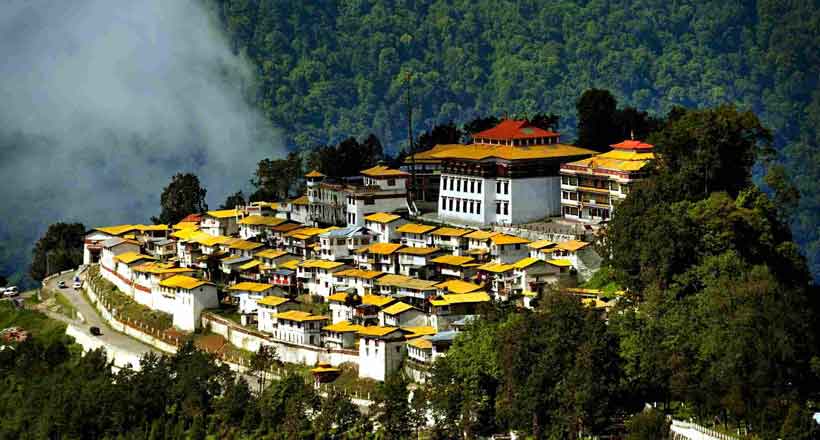 Tawang: A piece of Paradise between India and Tibet

A pilgrim or not a pilgrim, a devotee or not a devotee, every one finds solace when a difficult journey ends with the site of a holy place. And if it is on the lap of Nature with snow covered mountains guarding and ornamenting it with stunning beauty, fatigue of the journey gets evaporated. Tawang in North East of India is one such place, where divinity awaits visitors in the form of beautiful Nature. A monastery that Tawang is famous for stands just as a symbol.

Situated in the beautiful state of Arunachal Pradesh, Tawang is a district spread over the mountain slope with the elevation ranging from 6000 feet to 22,000 feet. Tawang is a disputed territory since both India and China claim it to be a part of their map. However, history says Tawang is a part of Tibet. It is where the Dalai Lama had rested for some days after he fled to India from Tibet. But history is not what brings people in thousands to Tawang. The biggest reason why you should visit Tawang is its charming scenic beauty, the panoramic view which will make you feel as if you have landed on a silent corner of the Paradise. It is the Sela Pass, which keeps itself hidden under the blanket of snow almost throughout the year. The pass with an elevation of 13,700 feet is the connector between Assam and the Buddhist town of Tawang. The town of Tawang is 78 kilometers from the Pass and the road offers a beautiful journey through stiff mountainous terrain.

Though a part of India, the population in Tawang is dominated by the Buddhist, to whem the place holds tremendous religious significance. They believe there are more than 100 lakes in the surroundings of Sela Pass. However, the one that people get to see is the stunning Sela Lake, which is sometimes also called Paradise Lake. The biggest tourist attraction of Tawang is however, the Tawang Monastery. Situated on the valley adjacent to Tawang River, Tawang Monastery is the second largest monastery in India. It is close to the borders of Bhutan and Tibet. The three-storied Tawang Monastery is administered by the Gelug School of Mahayana Buddhism and it is associated with Lhasaâ€™s Drupeng Monastery.