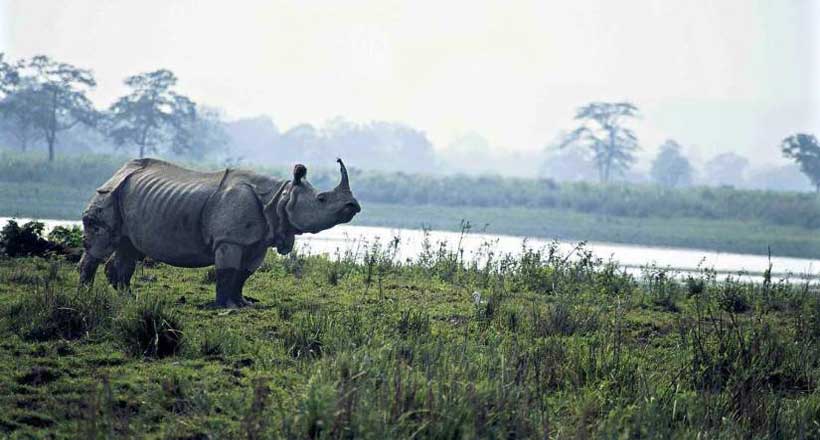 Kaziranga: Get introduced to the wild side of North East

North-Eastern India or the North-East is visited by thousands of tourists from other parts of the country as well as from abroad. The reason being, North-East offers a complete tour package where people with different fascinations find a suitable itinerary. Wildlife adventure is something that many tourists cherish and from that perspective, North-East is simply a haven. The name that sits atop the list of wildlife adventure spots in North-East is Kaziranga or Kaziranga National Park in the state of Assam. Known for its reserve of rhinos, Kaziranga attracts a huge footfall during the tourist seasons every year.

Spread across Nagaon and Golaghat districts in Assam, Kaziranga is a World Heritage Site, but more importantly the home of two-thirds of the world's one-horned rhinoceros population. Every day or the other, reports of poaching at Kaziranga appears on media but yet the number of one-horned rhinoceros in Kaziranga National Park is over 2,000. The vast wilderness area at the foot of a stunning Eastern Himalayas also houses plenty of tigers. For wildlife adventure lovers and shutterbugs, additional information is that Kaziranga was identified as a tiger reserve in 2006 and it is also one of the biggest homes of wild buffalos, elephants, and swamp deer.

But not all. During your jeep safari through the marshland of Kaziranga, dominated by tall elephant grass, you may catch glimpses of wild residents like Gaur, Sambar, Jungle Cats, Leopard Cat, Indian Gray Mongoose, Sloth Bear, Indian Civets, and Bengal Fox.